A marijuana acquisition company can expedite going public, but research on the partner is key

When Jessica Billingsley announced in October 2018 that she was taking Denver-based cannabis technology company MJ Freeway public by merging it with a so-called “blank-check” company, she was on the vanguard of an increasingly popular way for privately held companies to begin trading on public stock exchanges.

Billingsley, the company’s co-founder and CEO, is one of several marijuana stakeholders who believe there are advantages for private cannabis companies to go public by merging with blank-check companies, which are officially known as special purpose acquisition companies, or SPACs.

About $3 billion in cannabis SPACs have launched since 2019, according to New York-based financial adviser Viridian Capital.

That is a small percentage of the record $83.4 billion raised in 2020 by SPACs, which are publicly traded shell companies with no operating businesses, according to Chicago-based data firm SPAC Research.

Part of the appeal of SPACs: Merging with a publicly traded shell company can provide a cheaper and faster way to go public than conducting a traditional initial public offering (IPO) or direct listing.

However, some in the industry have concerns that SPACs have raised too much money too fast and there aren’t enough private companies to be acquired by blank-check companies.

The concern is true for marijuana SPACs as well as for the overall market.

“History has shown that it’s not easy for a SPAC to actually deploy capital and close a transaction,” cannabis attorney Marc Hauser told Marijuana Business Magazine.

Here are some factors that make SPAC deals difficult to close, according to Hauser, vice chair of the cannabis law team for the San Francisco office of Reed Smith.

When Billingsley was doing her due diligence on going public using a SPAC vehicle, she learned the process could save MJ Freeway $1 million-$1.5 million compared to a more traditional IPO, and a SPAC deal could shave six months to a year off the timeline of going public.

The merger with the SPAC, MTech Acquisition, closed in June 2019, and the parent of MJ Freeway changed its name to Akerna, which trades on the Nasdaq as KERN.

A SPAC can also provide a marijuana company with more certainty of the IPO price and more control over the process of going public, according to Jordan Cohen, president and chief financial officer of Ceres Acquisition Corp., a Los Angeles-area cannabis blank-check company that raised $120 million last March and trades on the NEO Exchange in Canada.

“In a traditional IPO, you publicly file a prospectus with a stated perceived value and negotiate valuation with a large number of investors during a lengthy roadshow,” Cohen said.

With a SPAC, he said, “you can generally negotiate with a handful of meaningful investors.”

At the same time, cannabis firms considering going the SPAC route need to be aware of red flags, experts noted.

For example, a U.S. plant-touching company that merges with a SPAC will need to be traded on a Canadian stock exchange, because the New York Stock Exchange and Nasdaq will not list them as long as marijuana remains illegal at the federal level, Hauser noted.

Here are some tips for private cannabis firms considering a SPAC merger:

He also provided Marijuana Business Magazine with a list of “red flags” for cannabis companies looking at SPACs as potential partners:

The right SPAC deal can be rewarding for cannabis companies.

In one of the most recently completed cannabis SPAC transactions, a New York-based limited partnership, Subversive Real Estate Acquisition, said in October it entered a binding agreement to acquire 15 marijuana-related properties in nine states for $182.8 million in a move to becoming a leader in the MJ real estate investment trust (REIT) sector.

Subversive said it is one of the first SPACs to become a publicly traded REIT. It trades on the U.S. over-the-counter market as SBVRF.

Entering the public market through a SPAC transaction “should allow us greater access to capital to continue to grow our business and deploy capital into a capital-starved industry,” Michael Auerbach, executive chair and founder of Subversive, said in a news release when the deal was announced.

When Billingsley announced the MJ Freeway-MTech SPAC about two years ago, she said it would provide the marijuana tracking company with:

Although SPACs have been doing deals since the early 2000s, the investment vehicle has gained a higher profile since 2019, as well-known players such as billionaire William Ackman, former speaker of the U.S. House of Representatives Paul Ryan and former Trump economic adviser Gary Cohn have made big splashes in financial circles by bankrolling and launching SPACs.

Mainstream companies that have gone public by merging with SPACs include:

Even Playboy plans to go public with a SPAC merger valued at $415 million. And basketball legend Shaquille O’Neal closed on a $300 million SPAC deal in late November.

Some cannabis experts have gone as far as to say that SPACs are the “only game in town” for marijuana companies that want to go public.

MJ Freeway considered more typical methods of going public, such as a direct listing or raising money through a traditional IPO, before settling on the SPAC structure, Billingsley noted.

She said one important tip for cannabis companies researching a potential merger is to make sure SPAC investors are planning to be long-term partners.

She noted some SPAC investors “always redeem”—that is, they cash out of the newly listed cannabis company for a quick profit.

But in Billingsley’s view, it is better to merge with a SPAC that has “good fundamental investors” that plan to stick around after the cannabis company is trading on a stock exchange. “Thoroughly vet the quality of the individual investors in the SPAC,” she advised.

Special purpose acquisition companies—better known by the acronym SPACs—are an increasingly popular way for cannabis and mainstream companies to quickly launch on a stock exchange.

Read More
We can all agree that the stigmas surrounding both mental health and cannabinoid treatments are dissipating. According…
GGeneral 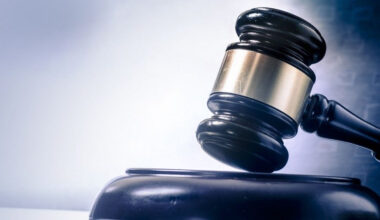 Read More
An Oregon hemp producer seeking $2.5 million in damages after its warehouse was raided by authorities looking for…
GGeneral

Read More
Many CBD brands were dismayed by the announcement yesterday that the Expo West, the largest natural…
GGeneral 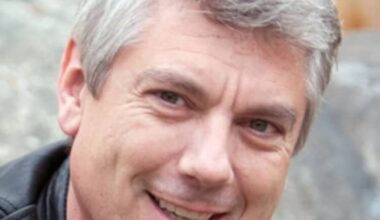 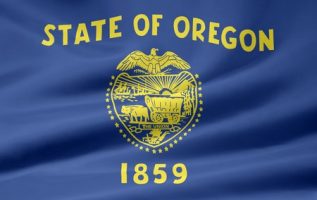 Read More
Two associated hemp drying companies and their chief executive have each been fined nearly $200,000 by state…